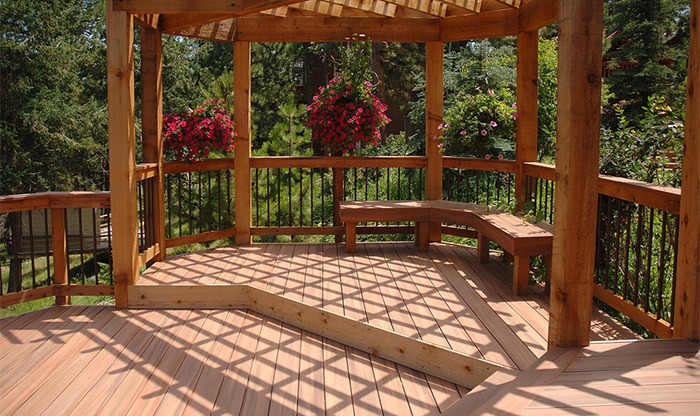 Decks provide many benefits for homeowners, from relaxing outdoors on a sunny day to making an excellent return on investment. That’s why creating a plan for regular maintenance is so important. When homeowners neglect to do this, the deck could succumb to early decay and breakages requiring expensive repair. This also ensures that the deck is in pristine condition when it comes time for the homeowners to sell the house. According to a 2015 Cost vs. Value report, people who add a deck and keep it in good repair can expect an 80 percent return on their investment. This represents a nationwide average.

People who have a deck attached to their home tend to use it the most during summer. To prepare for the increase in usage, it’s best to perform several maintenance procedures during the late spring. These include:

While cleaning the deck, homeowners should cover nearby trees and shrubs to protect them from the chemicals. Any loose nails or screws should be replaced at this time. Wait at least two days after completing the cleaning before sealing the deck. This wait time is necessary to allow the deck to dry. It’s also important to sand the deck prior to sealing. According to one contractor in Columbia, Missouri, “sanding is crucial because it removes any leftover residue from washing.”

Home improvement stores offer several different types of sealers, including clear, semi-transparent, and solid. Due to the strong fumes produced by the sealer, those applying it should wear a mask, safety glasses, and gloves until the job is complete.

Sometime around the middle of summer, homeowners should look over the deck to see if it shows any indication of rot. Small patches are easily removable with a chisel while larger patches may require replacement of that part of the deck. After removing rot, the next step is to treat the area with a wood preserver. A visual inspection of the ledger, joists, beams, railing, and posts also needs to be completed at this time. While most homeowners can complete minor repairs on their own, contacting a professional repair company for an estimate is a good idea for problems with severe rust, cracks, or when any part of the deck feels loose.

Preventive maintenance should continue into the early fall. As the leaves fall from the trees and onto the deck, clearing them off should be a top priority to prevent mildew and rot. To avoid causing permanent discoloration of the deck, homeowners should periodically remove furniture. Ensuring that trees and shrubs are trimmed regularly and are at last one foot away from the deck is another way to prevent rotting. Gutters also need to be placed strategically to avoid water from reaching the deck.