How Technology Will Help Feed an Increasingly Crowded Planet 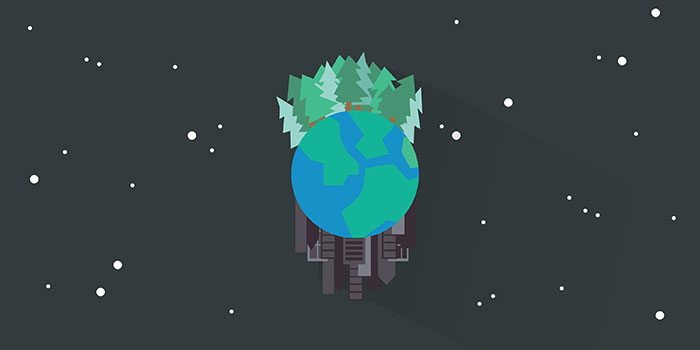 Over 30 years ago there was a massive worldwide movement to raise funds to help feed. increasingly crowded planet. The 1985 Live Aid benefit  at Wembley Stadium in London raised a then-unprecedented $127m for famine relief in Africa.  At that time, the world population was just over 4.8 billion.  Today, we have nearly 7 billion people on the planet, and that number is expected to reach 9 billion in another 20 years.  How can we continue to feed this many people when it was a struggle three decades ago to sustain half that number?  Fortunately, we have technology on our side, which is going to play a critical role in preventing global famine in the coming years.

Our Increasing Need For Food

In today’s modern society, many of us take getting enough to eat for granted.  Yet, the age of agrarian society has long past, where farms have all but disappeared in some places.  The UN’s Food and Agriculture Organisation (FAO) reported in 2009 that as much as 27% of the world’s population doesn’t get enough to eat.  As our population continues to explode over the next decade, we’ll need as much as 70% more food than we have today.

Using Technology to Feed the Masses

Since space continues to be an issue, with all of these new people, it’s really not an option to just expand farmland in order to grow more food.  Instead, we need to grow more food on the farms that we currently have in place.  This demands new methods of efficiency, precision farming systems, and some high-tech tools.

Advances in farming technology have given us better ways to target the application of pesticides and fertilizers to achieve the highest yields while also minimizing environmental impact.  Often, these blends of fertilizer are tailored to soil conditions and are tracked with advanced sensors and GPS.

Technology is also allowing us to use irrigation systems more efficiently, improving outputs and conserving resources at the same time.  As we look to conserve resources, there is also the issue of reducing waste.

Today, as much as 50% of the world’s total food weight is lost or wasted before it is consumed.  In developed countries, this waste occurs in restaurants, homes, and supermarkets.  In poor countries, the waste happens between farms and markets due to lack of storage or transportation.  Extra steps are being taken to address these waste concerns in both cases, which will put more food on the table for future generations.

How Entrepreneurship Can Make a Difference

Technological advances from some of the world’s top experts are going to make a significant difference in our food supply over the coming years.  Getting citizens actively involved in working towards a solution is another key piece to solving this puzzle.  One company is doing just that with a program to promote year-round farming in Africa by giving families access to water.

KickStart International is meeting this region’s greatest challenge with its MoneyMaker Max, which is a human-powered irrigation pump.  Once in the hands of farmers, the pump makes growing crops year-round both possible and profitable.  So far, this program has released more than 1 million people from poverty.  The company’s goal is to get another 275,000 pumps into the hands of farmers across Africa by 2021.

The threats that we face with food shortages both today and in the future are unprecedented.  The good news is that we have the technology and programs in place to address these challenges that will lessen the chance of hunger and famine in the coming years.