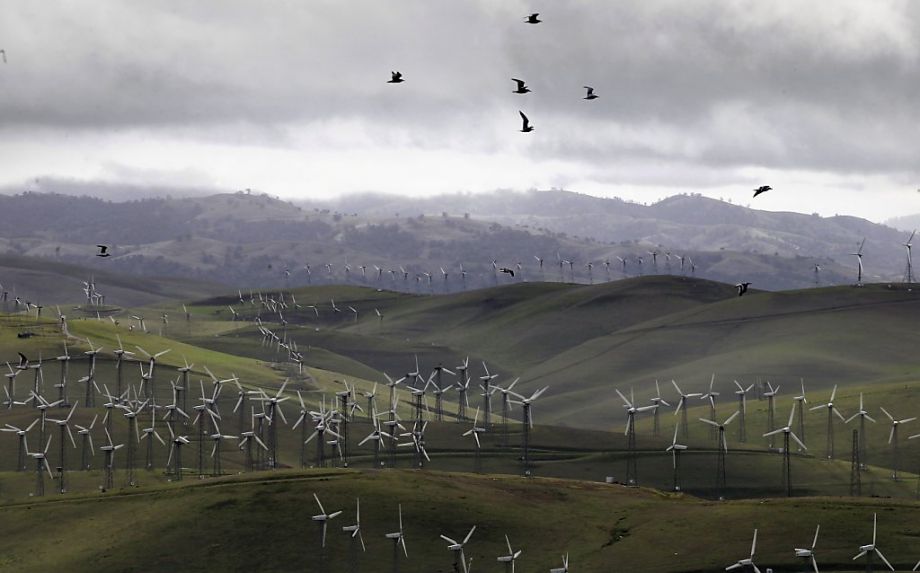 Long time residents of the San Francisco Bay Area are sure to be quite familiar with that Altamont Wind Farm. The hills along Interstate 580 as you pass Livermore and head towards the Central Valley are dotted with massive wind turbines, erected as a result of the energy crisis of the 1970’s. The wind farm is one of the oldest and earliest examples of wind power, and at one time was the largest in the US.

If you are not familiar with the Altamont Wind Farm, you might want to Google it, seeing as the Mountain View-based Internet giant is in the midst of funding a massive equipment overhaul. As part of a 20-year power purchase agreement that will allow their home offices to be completely powered by the wind produced by the turbines, Google will oversee the replacement of over 700 older turbines and replace them with 48 new machines capable of producing twice the amount of energy.

This landmark deal means that beginning later this year, 50% of the power (about 43 megawatts) produced by the wind farm will drastically lower Google’s carbon footprint, a goal the eco-friendly company has been working towards with the aid of solar panel arrays and natural gas.

Birds and the Altamont Wind Farm

Besides the environmental and financial benefits that Google will reap, a few factors on the other side of the deal make this a win-win situation for NextEra Energy, the Florida-based company that owns and operates the turbines. Some of the biggest critic’s of the turbines were local conservation groups concerned with the staggering number of birds killed by them. It has been reported that thousands of birds, including eagles, raptors, and hawks, are killed every year by the turbines.

The Google deal is looked at as a byproduct of a 2010 pact that called for a shut down of all traditional model turbines. The goal being to replace them with newer, bird-friendly models.