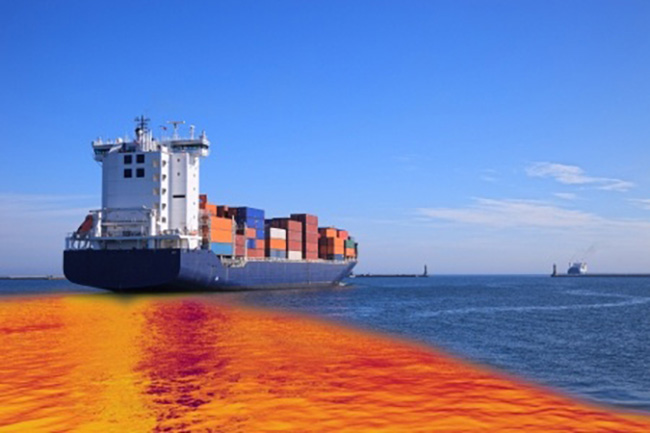 The repercussions of marine spills are economic and can cause considerable harm to humankind and wildlife. Though there is consensus about the need to prevent offshore oil spills, they still continue. What are the most effective oil remediation solutions available? An in-depth analysis of the history and current status of bioremediation titled, “Bioremediation Methods for Oil Spills“, provides an extensive discussion of this subject.

Bioremediation as become increasingly commonplace as a favored method for removing oil in offshore spills in the past thirty or so years. There are numerous methods to achieve bioremediation, such as utilizing the capacity of microorganisms to ingest and breakdown oils, such as petroleum. This process is called biodegradation. Techniques that enhance this process include the introduction of microorganisms into the area (seeding). Another method is to allow microorganisms indigenous to the spill area to do this. Native microorganisms can be fertilized to catalyze this process, and these two methods of enhanced biodegradation (seeding of new bacteria and stimulating the indigenous ones) have garnered a lot attention of late.

One reason for this is because it has already proven to be successful in the treatment of wastewater and waste (in controlled systems). Numerous studies have looked into the potential for this solution in oil remediation in freshwater, seawater, and terrestrial areas. In terrestrial, freshwater systems, and coastal areas, bioremediation has demonstrated clear potential.

Specifically, surface water spills are easier to remediate than groundwater ones. This article will report on the conclusions drawn in the aforementioned paper with respect to the application of bioremediation of oil spills in a marine context.

In the Beginning
Though not widely known of, bioremediation has been around since the 1940s. Prior to 1989, bioremediation was in the “research” phase, and several papers were published documenting the microbial-degradation of oil in laboratory and field trials, during the 70s and 80s. These studies promoted a general understanding of the physical and microbial processes that spurred the molecular breakdown of oil and began a phase of development of commercial products in the 80s.

Phase Two: Out of the Lab
After a brief ‘honeymoon’ of great interest, there was a stock market-like crash of disillusionment about its promise, due to the inconsistent benefits of it in an actual offshore oil spill. The Exxon Valdez oil spill of 1989 put all the cards, so to speak, on the table. Consumers wanted, demanded, to know what was being done to mitigate the catastrophic ecological damages of the spill. At the time, there was no protocol established to evaluate the various bioremediation products offered to address the spill. Eventually federal and state agencies established this. At was at this point that the EPA pushed for bioremediation to treat the area affected by this spill, which in turn led to its adoption in other offshore spills. The efficacy of the solution applied in the case of the Exxon Valdez spill remains inconclusive and contested.

In analyzing the performance of bioremediation in several large-scale offshore oil spills (Amoco Cadiz, Exxon Valdez, Mega Borg, Apex Barges, and the Arabian Gulf War), the paper’s author asserts that while the results were not unequivocally positive, they reveal important insights about the practice and how that works in oil spills. The Apex Barges data demonstrated bioremediation required days and weeks of evaluation to measure properly. Additionally, researchers have discovered that microbial degradation occurs at a much more rapid rate than many expected, particularly in colder climates. Further field monitoring showed that indigenous microbes out-compete foreign or introduced strains, generally and that the introduction of additional nutrients (e.g., fertilizers) enhances biodegradation in an environmentally safe manner. One last encouraging discovery was that microbes capable of oil degradation exist in nearly every coastal environment.

One final note is that due consideration of a range of bioremediation solutions in marine oil spill cleanups is vital, as no two spills are alike, nor will they respond to the same form of treatment. Today there is increasing debate over the usage of chemical dispersants due to a potential impact on oceanic microbes responsible for natural cleanup of spilled oil.

Oil Spills: Uncovering A Battle Between Technology and Ecology in microbial bioremediation of oil spills: https://t.co/Fjn6ZuyQua