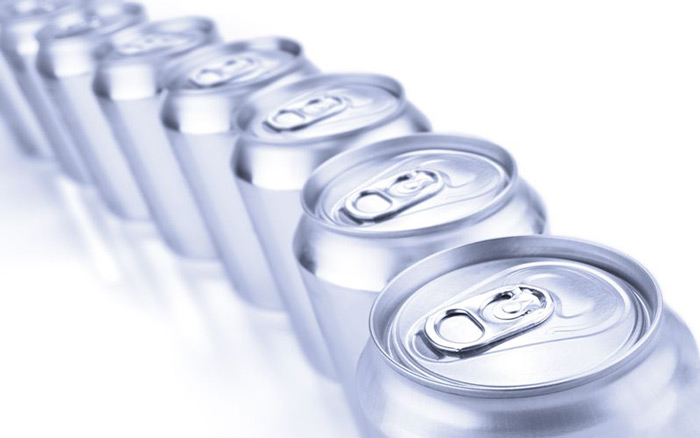 Recycling is the system of amassing and processing materials that otherwise would have been considered waste and making these materials into new products. Most communities aid residents with recycling through curbside pick up along with trash hauling or through recycling drop off locations. Aluminum is a high value product and so is it is also profitable for organizations or individuals to amass this material themselves to turn in for scrap. Recycling reduces waste sent to landfills and conserves energy and natural resources to make new products.

Aluminum is primarily used for alcoholic and soda beverages, foil packaging and canned wet pet food. Aluminum beverage cans were introduced in the late 1950s when Coors first sold beer in all aluminum cans. Recycling went hand in hand with this process as Coors offered one cent for each can returned to their factories. Aluminum soda cans were first in use in the mid 1960s. Initially, beverage cans did not have the built in tab opener. Users were required to have a “church key” to open cans until 1975 when the “stay tab” was popularized. Aluminum foil was first used in the early 1900s and was recycled during World War II into munitions and other weapons.

How a beer can kicked off the #recycling revolution → https://t.co/0VtAEZof75 pic.twitter.com/VffpcCVifj

Aluminum recycling is a quick and fluid process. From the recycling bin, cans or foil are hauled to a material recovery facility where beverage cans are separated from foil and other containers. Since most used beverage cans are recycled directly back into new cans, they are processed into a separate stream. Both sets are then crushed and baled and sold to either can manufacturers or sheet metal manufacturers. These businesses often then refine and melt the aluminum into ingots to form cans, foil or containers. These products are then sold to the beverage and food industries.

Aluminum Can Recycling by the Numbers

Aluminum cans are one of the quickest and easiest items recycled. They can go from recycling bin to new can in just 60 days. Most beverage cans on local store shelves are made up more than 60% recycled content.

Recycling aluminum saves more than 90 percent of the energy required to create new metal through mining, production, transportation and so forth. Nearly 75 percent of all aluminum produced in the United States is still in the system today. It can be recycled repeatedly without any loss to quality.

An aluminum beer can is a familiar item to toss into the recycling bin. Knowing how it goes from bin back to shelf shines new light on the brewed beverage. Aluminum recycling had its start with beer cans and has morphed into the most lucrative recycling industry in the United States today.