The 1950’s saw a great deal of importance put on creativity and unique design features in architecture, furniture and automobiles. Eager to showcase what they felt would be a taste of the future, designers incorporated newer materials and design elements in their work, which became collectively known as “Mid-Century Modern”. 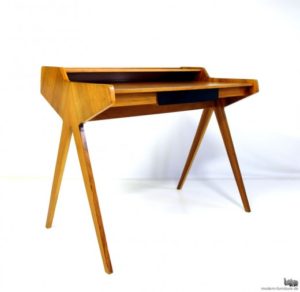 The design element most closely associated with the Mid-Century modern style are clean lines. Looking at furniture from the early part of the century, a majority of the pieces are adorned with flowing, wavy, almost floral lines and design aspects that focused more on look then functionality. Most authentic mid-century pieces you will come across will feature clean, geometric shapes, lines and features. It represented a push towards minimalism and simplicity, as well as comfort. 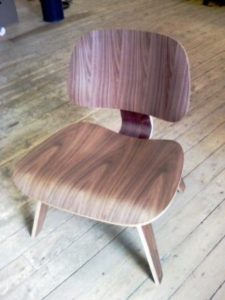 While many mid-century pieces incorporated traditional materials like wood, we began to see a shift towards the use of man-made materials as well. Fiberglass, Plexiglass, Lucite, and Bakelite were preferred because they could accommodate the designers innovative ideas in a way that traditional materials like wood could not. Designers also felt that incorporating the mass produced plastics into their plans could help make better designed furniture more accessible to people. 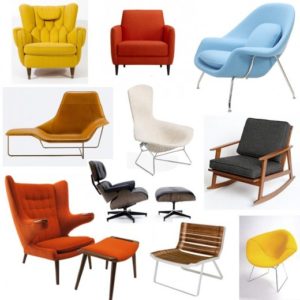