Take Your Regular Dose Of Vitamin Sea: The Five Health Wonders Of The Sea Bathing 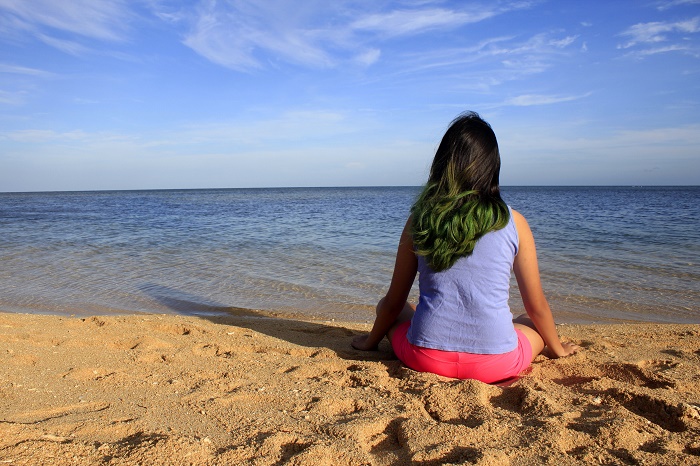 “Vitamin Sea”  is a clichéd expression making noise on social media when summer time comes. From the calming sounds of the roaring waves to the soothing sensation salty air brings, there’s no surprise why people love the term. Those in need of uninterrupted relaxation and natural healing from the city’s hazardous ambiance, visit the sea.

However, claiming that “vitamin sea” heals is not a new story. In fact, the evidence was discovered thousand years ago. Hippocrates, a Greek physician, renowned as the “Father of Medicine” first introduced the healing effects of seawater. Today, experts continue to wax poetic about the benefits of the sea to one’s health, from how the sea can rejuvenate the skin barriers to how it can improve one’s overall emotional well-being.

After a beach-filled vacation, you’ll instantly notice how your skin transformed from being pale and dull to tanned and naturally glowing. The skin rejuvenation is made possible by seawater’s rich magnesium content, which helps hydrate the skin and improve its overall appearance. Seawater also helps restore your skin by removing dead skin cells and toxins and replenishing your skin with essential minerals.

If you can’t go to the sea, then let the sea go to you. Bring home the skin benefits of the sea by getting a jar of Dead Sea salt. Based on the 2005 International Journal of Dermatology study, bathing in the Dead Sea solution has many benefits. Due to a high concentration of magnesium, the Dead Sea improves skin moisture and heals irritated skin caused by allergic reactions. Many even suggest the waters reduce skin aging. There’s no wonder why seawater is always used in beauty treatments and massage.

https://twitter.com/rukorch/status/676582718046539777
Feeling sick? Swim or simply allow yourself to inhale the fresh sea air and you’ll feel better in no time. Seawater contains vital elements, vitamins, mineral salts, amino acids, and living microorganisms (that produce antibacterial effects) which boost the immune system and activate healing mechanisms. These essential components are quickly absorbed and utilized by the body by getting in contact with the seawater and mist.

Thalassotherapy (from the Greek word Thalassa which means “sea”) is a therapy that uses the beneficial properties of the sea like seawater, sea products, and shore climate for well-being. The main purpose of the therapy is to improve circulation. The therapy involves swimming or bathing in warm seawater and using seawater in massage treatments, which can help facilitate blood circulation in the body. These procedures open the skin pores and use seawater to restore the essential minerals drained by poor diet and lifestyle, stress, and other environmental toxins.

According to Maureen Jenkins of Allergy UK, people who live by and swim in the sea tend to have healthier respiratory systems. “Seawater is a cleanser and it mimics the body’s own fluids in the lining of the airways, so it doesn’t irritate them,” Jenkins says. Sea air, which is charged with negative ions, also accelerates one’s ability to absorb oxygen, a great reason why you sleep more soundly after spending the entire day on the beach.

Aside from respiratory-related illnesses like asthma and bronchitis, swimming in seawater also helps activate the body’s natural healing mechanisms to fight other health conditions such as arthritis, common aches and pains, and other inflammatory diseases.

If you’ve had a stress-filled week caused by work duties, bills, and relationship problems, drown all your emotional baggage and unpleasant thoughts by going to the beach. There’s a scientific explanation why you feel better emotionally after inhaling the salty air and swimming in the sea.

Aside from its magnesium content, seawater also contains high levels of lithium and bromine which are natural calming elements. These components depress the muscles and nerves to relieve nervous irritability and promote a sense of calmness. The sea air, charged with negative ions also balance the levels of serotonin, a body chemical responsible for mood and stress.

Author Bio: Despite her busy daily routine, Carmina Natividad still manages to find time for a little self-pampering. Aside from hitting the pool during the weekends, she also finds interest in writing articles focused on health and wellness. She is now one of the writers for Swimprint, a go-to shop for swimming enthusiasts in the UK.