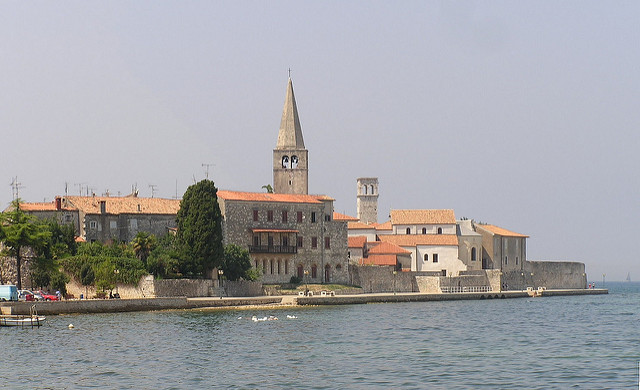 Designated by UNESCO as a World Heritage Site in 1997, the Euphrasian Basilica, located in the coastal city of Poreč, Croatia and overlooking the Mediterranean Sea, contains some of the earliest examples of Byzantine architecture in the Mediterranean world.

The original structure of the Euphrasian Basilica, also known locally as Eufrazijeva bazilika, was completed during the sixth century. This structure, despite the damage caused by various fires and wars over the centuries remains, for the most part, in tact.Predating both the Romanesque and Gothic movements, Byzantine architecture is characterized by a number of distinct features. 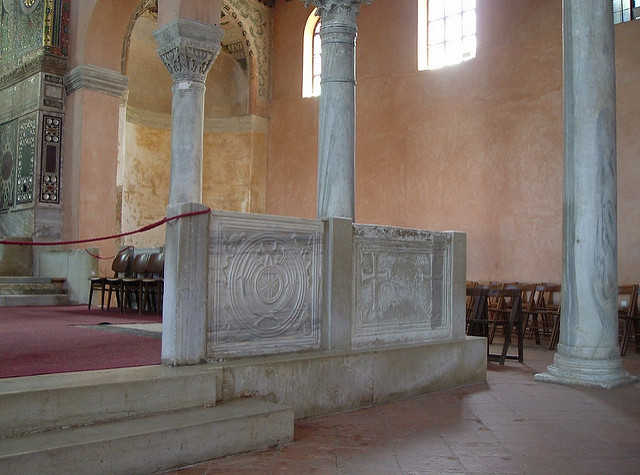 As a result of less restrictive interpretations of classical orders—sets of general guidelines for ancient styles of classical, meaning Ancient Greek and Roman architecture —buildings constructed in the Byzantine fashion contained a number of architectural innovations.

A number of features that are characteristic of early Byzantine architecture can be readily observed today at the Euphrasian Basilica. The preservation of the basilica, with its remnants that date back to the third century, enhances the cultural significance of the structure and provides visitors with a fine example of early Byzantine architecture. It is for this reason, among many others, that the Euphrasian Basilica is currently one of seven sites located in Croatia that is recognized by UNESCO.